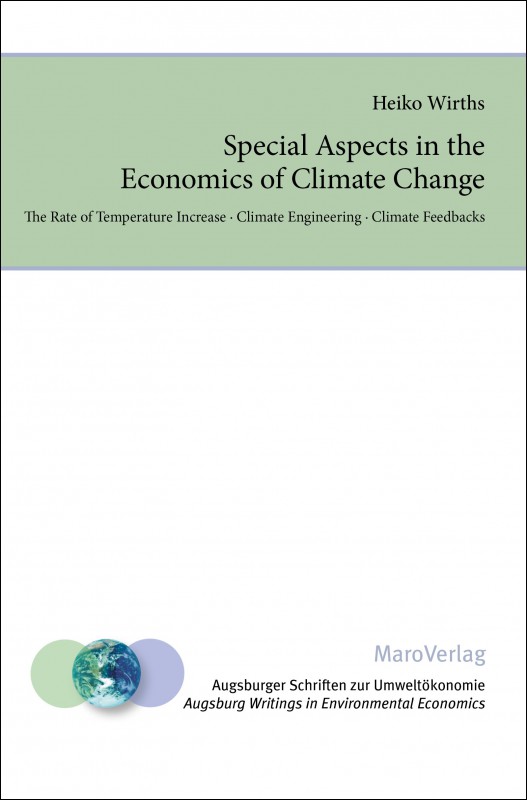 Special Aspects in the Economics of Climate Change

Emerging in the early 1990s, climate economics is a relatively new research discipline. Compared to the demands formulated in the natural sciences, climate policy, as it is derived from economic models, is often criticized for its cautions and slow approach to tackle climate change. The pioneering and well-known model in this field is the DICE model from William Nordhaus. In the book at hand, Heiko Wirths develops three extensions to this model. The first is an extended perception of climate damages that now includes the rate at which temperature increases. The second is the introduction of climate engineering to the model as a third option to tackle climate change, next to adaptation and emission mitigation. The third is the explicit modeling of the permafrost feedback and its reinforcing effect on climate change. All three extensions result in an increasingly ambitious climate policy, thereby decreasing the aforementioned gap between disciplines.